Brain health is about how the brain works with the body to keep you healthy. Like the heart, the brain is an organ. And like working for heart health, you can work on your brain health too. Dive into brain basics to learn more about your brain.

And if you’re interested in learning much, much more, you can boost your knowledge with a click.

Discover what influences brain health, both positively and negatively, and how you can better or support your own brain health.

The cells in our brain send and receive information using electrical impulses and chemical messengers.

So now we know what happens between nerve cells in the brain, but how exactly does this happen?

When a nerve cell is not ‘at rest’ it is receiving impulses or messages from neighbouring cells. These impulses control the opening and closing of specialised ion channels that are found in the nerve cell’s membrane. These channels allow some ions in, while keeping others out.

Neurotransmitters are chemical messengers that allow brain signals or nerve impulses to travel between nerve cells and other cells in the body, eg from your brain to your bicep. Acetylcholine, for example, is involved in motor control, learning and recall. It also enhances memory. Boost your knowledge here.

Two major classes of neurotransmitters are the amino acids such as GABA and glutamate, and the neurotransmitters that are organised into different ‘systems’.
Cholinergic system (running on the neurotransmitter acetylcholine)
Plays an important role in maintaining overall neuronal or nerve activation in the brain. It therefore plays a role in sustained attention, arousal and vigilance. Also important for selective attention and orientating towards important stimuli. May also be involved in memory.

Dopaminergic system (running on the neurotransmitter dopamine)
Plays a role in many areas of thought and emotional processing. Regulating movement, reward-related behaviour, working memory, planning and preparation and problem solving.

Noradrenergic system (running on the neurotransmitter noradrenaline)
Plays a role in arousal and attention, sleep, working memory and long-term memory, especially memories with an emotional component.

Neuroplasticity, or brain plasticity, is your brain’s amazing ability to re-wire itself. The fact that our brains can do this means that it’s possible to shift negative thought patterns, for example, to help improve your brain health. Boost your knowledge here.
The brain’s structures, cells and chemical substances are sensitive to environmental influences.

This fact is known as brain plasticity. This plasticity is what makes it possible for us to learn a new skill, form new memories and change how or what we think about something! The most common way through which the brain changes is through changes in the synaptic connections between neurons.

One type of plasticity happens when we lose or partially lose input from a specific area of the body (known as sensory input). When sensory input changes, it causes reorganisation of the area/s of the brain previously responsible for dealing with that type of information, to fulfil other purposes. For example, in people who lose their sight, the area of the brain previously responsible for vision becomes involved in tasks related to touch as well as hearing and speech!

When the brain is healthy, we can go about daily life with ease and enjoyment. We can manage stress and can concentrate and sleep well. Because a healthy brain works best in terms of memory, movement, skill, sensations and maintaining the whole body. There is much we can do to positively influence our brain health and wellness. Because everything from sleep and stress to exercise and nutrition influences our brain health and vice versa.

A stressed brain doesn’t work as well in terms of memory, movement, perception, sensations and maintaining the whole body. Sleep disturbances, difficulty thinking, feelings of hopelessness, poor concentration, brain fog – these are some signs of a stressed brain. And an overly stressed brain can lead to mood disturbances, depression, anxiety and a host of physical problems. 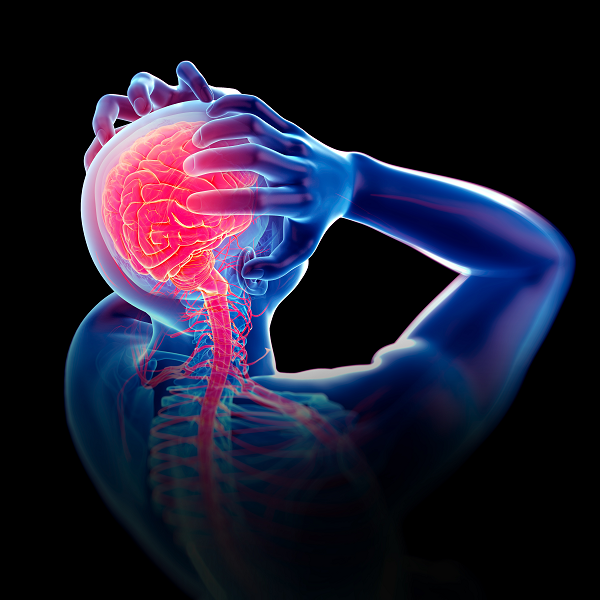 Being around healthy people does wonders for brain health.
EXERCISE YOUR MIND

Explore our site to help better your brain health.

Well-meaning advice or a careless remark? The things we say about brain health challenges and how we say it can sometimes reinforce the stigma. This makes it harder for people who experience these challenges to speak out and get help, especially when they are already trying their best.